how’s this for ironic?

i’ve been eligible and waiting for an upgrade to an iphone 4 from vodacom since it’s south african launch in september. every few weeks i’d call to find out if there was an eta on stock. 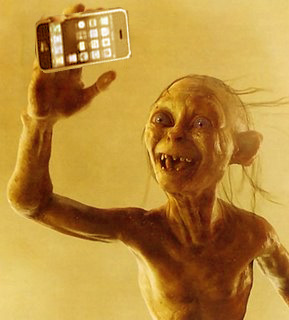 finally, after 4 months and growing exasperation with my 3G running, more like crawling, IOS4, i caved and after some misdirection, finally bought one off gumtree (the south african version of craig’s list).

imagine my chagrin when, barely an hour later, i went to buy my microsim from the vodacom store – R105 thank you (damn, they really know how to make money off of one!) – and had the assistant inform me that they had just gotten their stock that morning!

well, actually i might have been chagrined if i hadn’t already decided that an almost R4500 pay-in only to be tied to another 2 yr contract when i have no idea where i might be 24 months from now, wasn’t worth it.

but still. isn’t it ironic? don’t you think?