when will i learn to leave well enough alone? when, oh when?!

it took me most of my life to figure out what to do with my hair; my mix of my father’s fine, fine hair  quality with the quantity of my mother’s thick, course copious amounts of follicles. i’d always imagined going blonde and i finally did that last year with more and more highlights. it looked really good for a while, but then i started looking in the mirror and found a spotted hyena had taken over my head.

no, this would not do.

i got the hairdressers at work to redo the color and at the same time, give my hair which by now had grown out past my shoulders and was thick and lush, a little bit of shape. one hairdresser cut it and i wasn’t happy. then a week or so later, the other hairdresser had a go at thinning out my hair at my request. OMG!!! talk about a disaster! now i loathe having anything done to my hair and i usually hate the hairdresser for at least a day or two before my hair gets over the shock of being cut, styled, whatever. i always say my hair tries to jump out of the way of the scissors. so, knowing this, i tried not to overreact when i first saw my hair. as the days passed it however became very clear that this. was. a. disaster. my hair seemed confused. it didn’t know what to do with itself. on screen it looked brassy and worst of all, thin and stringy. and of course, to make me feel even worse, the episodes being aired were from before my cut and showed just how fabulous my hair had actually been, full, thick, beautifully curly, before i decided that it wasn’t *good enough*. 😦 that the grass could well be greener.

so, i’ve been complaining about it. a lot. yeah, yeah, vanity thy name is woman and all that, but part of my job is about *looking good*, so humor me. earlier this week, the make-up and hair department called me in for a meeting. the big boss (and she’s big – over 6’2″) had decided she too hated my hair and that it had to be cut short. now anyone who has curly hair will tell you that curly hair does not grow fast. and once you cut it short you usually regret it. and that regret has a long time to stick around before time and gravity grant redemption. so, i suggested that we instead  color my hair darker, slowly start cutting off all the overthinned out straggly bits and that i wear it straight for a while. the boss bought my suggestion and since yesterday i officially have a new look. i’m back to brunette and people who work with me every day do double takes or don’t recognize me from behind. i love my curls, but for the next while, expect to see me walk the straight and narrow. 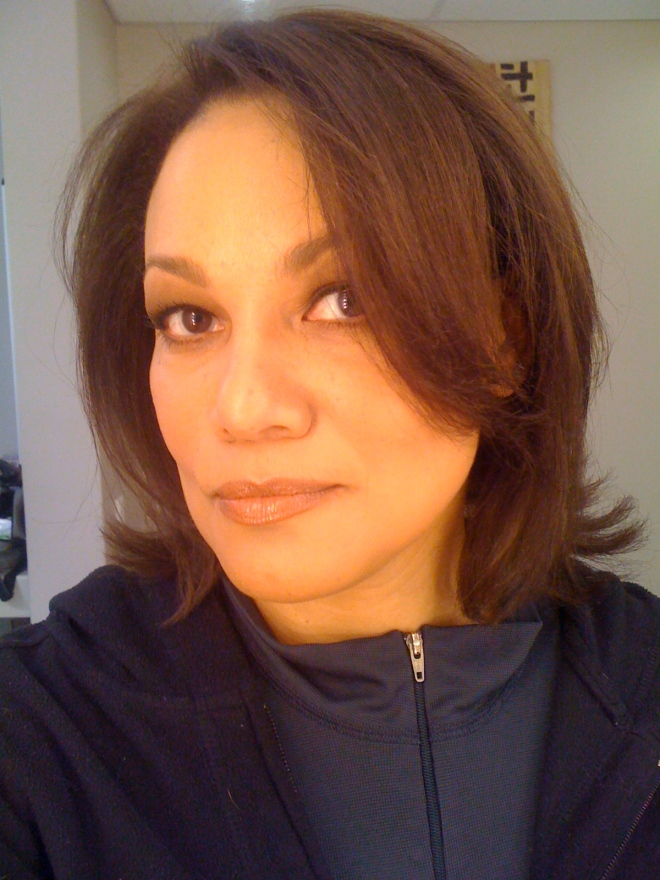 but make no mistake, that’s only where my hair’s concerned!!!

disclaimer; this post was written a week ago, only posted now.