last weekend was our friend willem’s “nuns, nymphos and naughty boys”-themed birthday party and i had no idea what i was going to wear, especially seeing that costuming was in no way optional. after a few aborted attempts, i eventually came up with the following outfit: a nympho with a habit. nuns. habits. geddit? 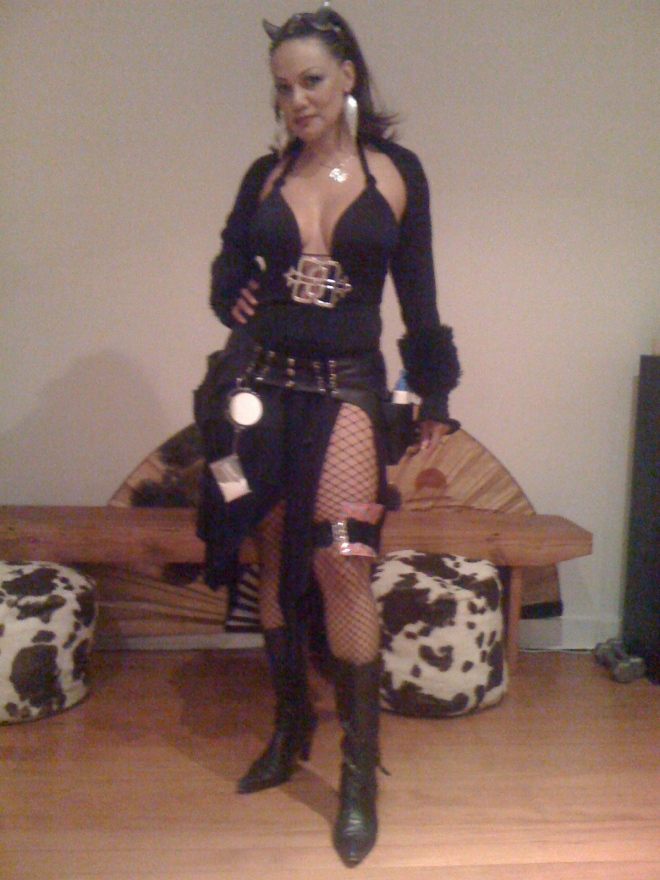 nympho with a habit 😉

those are very special horns, works of art made by the dad of a friend i met at burning man last year. and all the more special because they were given to me as a gift by a very special friend who i was introducing to burning man for the first time. and someone at the birthday party (which was awesome by the way, and worthy of  a few days’ recovery) picked them up from where i left them beside the fire, and even after i said that they were mine and very special, took off with them. note, i’m not saying they stole them, but they did leave the party with my property. i still shake my head in disbelief, though i’m still hopeful that the birthday boy will be able to retrieve them for me.

anyway, the party was a blast – so much so that i was still recovering by the time i went back to work monday morning, but it was worth it. bar nun! =)