it’s the last day of the 16 days of activism and i planned on posting here every day since day one. life is a river that runs its own course though, and other things have taken precedence. suffice to say, look out for a survivor website, http://www.isaidno.co.za  being put together by myself and akhona over at akmosaic.

for some reason i woke up at 01h40 last night, started reading the first paragraph of jonathan franzen’s new book, the corrections, then instead spent the next few hours writing down something which came to mind while i was getting a much-needed massage earlier in the evening.

i’m not sure if i’m going to leave it here as it seems to be the beginning of something much longer, but in my continued insistence on breaking the silence for myself and all the other all too real nameless and faceless statistics out there, here is what i’m calling, for now, 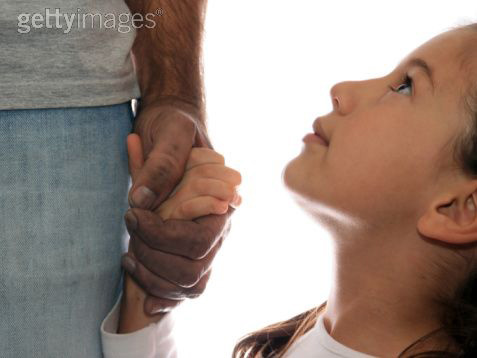 I’m about  3. It’s a gorgeous day in Franschhoek, fabled valley of the Hugenots. The sun beats down strong on the fig trees and grapevines outside. Inside, in the kitchen of the gabled house my grandfather long ago built with his own hands, it is cool. Mercifully dark and shady. Friendly. Familiar.

I’m care-free, perched on my knees on a chair, happily leaning over the table, eating my pap. The sugar, which has melted on the meniscus of the porridge, is deliciously liquid, a sweet little planetary ring along the edge of the plate which I am almost loathe to disturb.

My grandfather, whose sight is failing, walks past me into the cooler depths of the house and  I run after him to test my new vocabulary: “Pa, wiet Pa wat? Pa’s ‘n moerskont!”. For those unfamiliar with the colorful and highly communicative language that is Afrikaans: I’ve unknowingly just called my grandfather a c*nt!

I‘m so proud. I’ve not only learnt a new word, I’ve used it in a full sentence!

Almost instantly I’m torn from the sweet, white world that is my breakfast and ejected from the cool womb of the house. My bare feet dance on the hot cement of the stoep and the leather from Pa’s sjambok does not need sight as it sting-sings against my skinny legs. I am weeping with both humiliation and consternation. An early lesson in things I will not understand.

Though maybe I lie, memory being  fickle, shifting sand-dunes in a snow-ball desert constantly jostled by some careless hand.

Maybe my first memory is being unbearably excited at being discharged from hospital when I’m about two. I’ve just been operated on to remove a hernia i was born with. Though even this memory is unreliable as I remember no pain, just looking at the world outside the window in anticipation.

I’m waiting for my mom to come and get me. With this memory is associated a dress so beautiful, I still wish to recreate it. It makes me feel like a princess. Precious. It’s lacy-pretty. Grey on a white background, with strands of interwoven yellow. At least that’s what I think, though when I try to recreate it in my mind’s eye, it’s like an unfocussed film reel.

Like the tattered, scratchy reels brought by the guy all the way from Cape Town on a Friday night to project against the wall in my grandpa’s dilapidated , but large garage.

Early Friday evening it was our job to sweep the garage. We’d put out rows and rows of benches and people would come from all around  the neighborhood and pay a few cents’ admission. Sometimes the lamp burnt the reel and then the lights would be turned back on while the two ends were summarily spliced back together. Sometimes the projector would break down. Irreparably. Which was a huge disappointment, but for most people it was the weekly entertainment. The only entertainment.  Before the classic spaghetti westerns, we’d get to see black and white movie-serials like Johnny robot, a huge clunking, in retrospect obviously fake military robot commanded by a little boy. Johnny robot obviously made a huge impression on me because it’s the only one of the movies I really remember from back then.

So that fuzzy second memory might not be entirely true either because it morphs with another of me walking down the street holding my mother’s hand. I’m probably all of 4 and I’m wearing shorts. Suddenly there’s a wolf-whistle from some guy on the street and my mom’s grip increases in irritation. I’m so confident and full of myself, I think she’s irritated because he’s whistling at me.

Another memory: it’s the middle of the night. My mom is working night shift at the hospital and I’m left in the care of  the man she recently married, my new stepfather. We’re living in Harrington street in Cape Town.

A small pool of light from a lamp casts shadows as it tries to wrestle the dark, but it’s not a fair fight. The dark wins.

Astonishing how odors hold memories. Train cars that come whooshing into stations of one’s life . Nice. Neat. Contained high-speed gautrains. Next moment they,  shocking  you to a frozen standstill, disgorge unexpected hordes they’ve brought along for the ride. No matter where I am, the smell of yellow hair pomade will still instantly shock me back to that night. Strange that a smell so innocent can signal to me the searing loss of innocence….

Another memory to which I cannot place an age , 5 perhaps – in the pantry of that same house between the groceries and cleaning supplies, on the dusty floor : being held down and rubbed up against by the teenaged sons of the woman from whom we were renting the room. They’d cottoned on to what was happening in that impotent pool of light in the middle of the night. Realizing I believed it to be my fault, they used it against me.  They threatened to tell on me if I didn’t let them have their way.  The beginnings of blackmail. Secrets. Lies. Maybe if there’d been videotape, I’d have been saved sooner. But redemption was a distant island that lay across a wide ocean that stretched many years into the future.