Today I’d like to talk about art. No, not the brouhaha in the South African media surrounding the presidential Spear or the smear campaign that followed. There’s more than enough being said about that.

No. I’d like to talk abut the fact that i have lately been drawn to Draw Something.

I’d heard about this new app which apparently was having meteoric success, having been downloaded a gazillion times within weeks of being launched. And then the start up company, OMGPOP, which made the app was bought for an equally insane amount by Zynga, the games company.

I’d been holding out on acquiring DS, but once I finally gave in, I was hooked. I liked it so much that within days I upgraded the free app and forked out the US 99c for the game. It just seemed fair.

By the luck of the draw, the random drawing partner I was assigned by the game, happened to be a whizz and by playing against him, I soon learnt some DS skills; how to use the erase tool to define, how to plan my drawing, how to misdirect till the last moment. Though DS isn’t the kind of game you can win. If your partner can’t guess the drawing, neither of you get any points. And you need points with which to “buy” more colors for your masterpieces or bombs with which to remove extra letters when you’re stuck guessing a word.

Unfortunately I soon discovered that my iPhone is not the best gadget for playing DS. The iPad’s larger screen is much better suited to drawing finer detail and a decent stylus has definitely zoomed to the top of my wish list.

Though it can sometimes be annoyingly glitchy and one often gets error messages reprimanding one for playing the game on more than one device at a time, I love this app. It’s been a while and it’s still holding my attention. I loved Angry birds, but I soon discovered I didn’t have the time or patience for the game. I’ll sometimes spend 10 minutes or more on a drawing though!

Sometimes I’ll just make a quick, rough sketch, but below are some of my DS drawings on which I spent a little more than just a minute.

If you haven’t yet, try the Free Draw Something app and see if you’re drawn to it. 😉 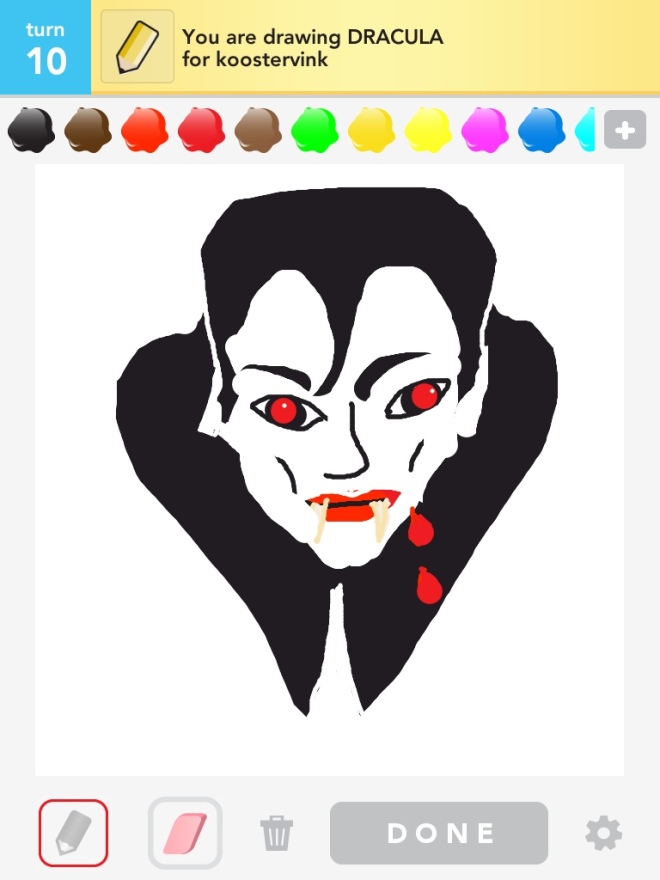 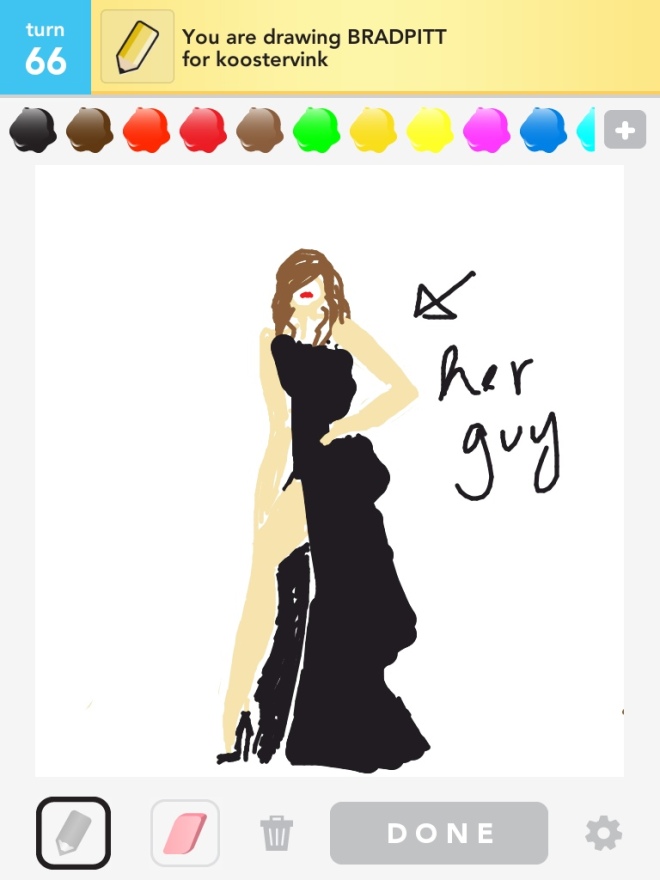 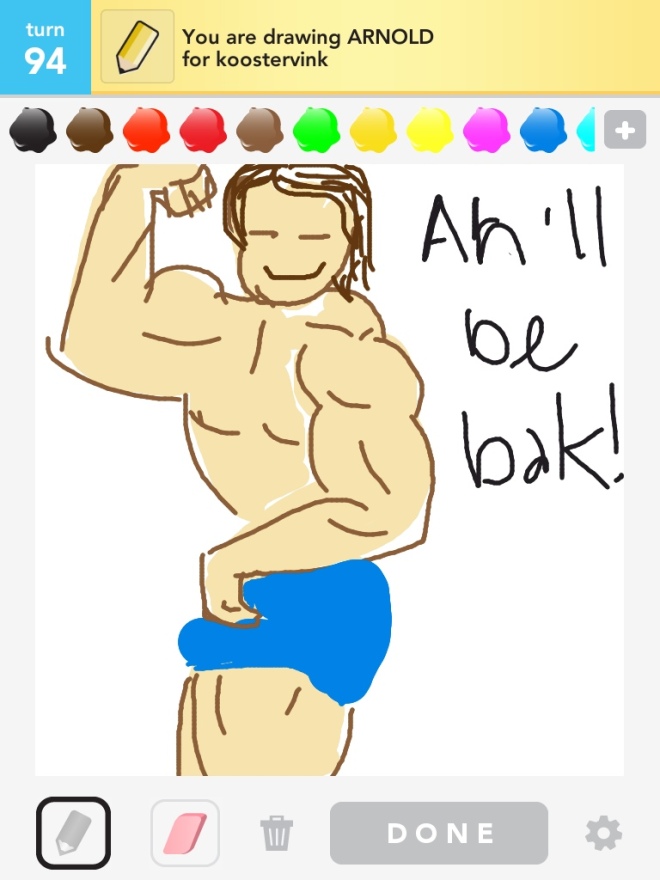 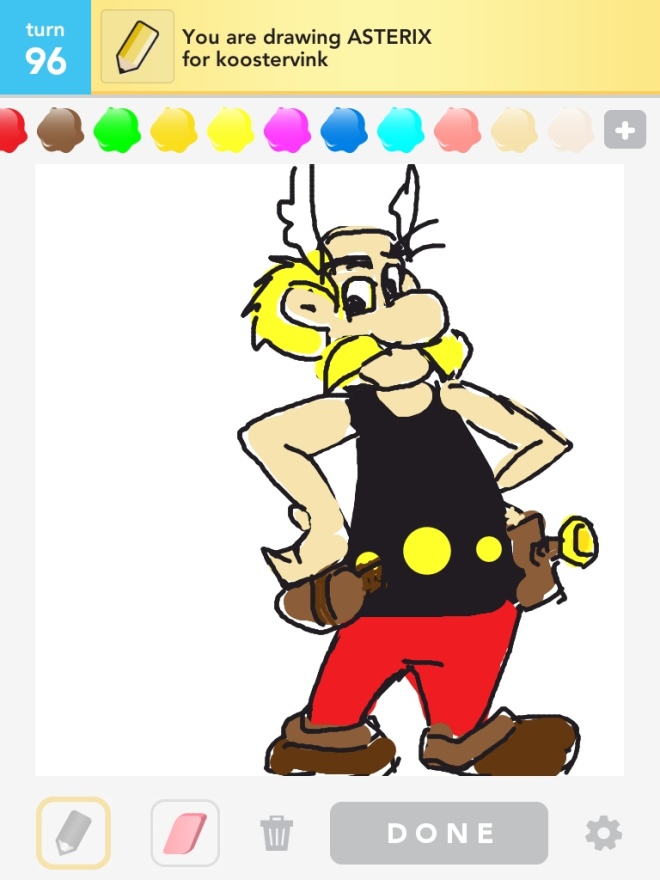 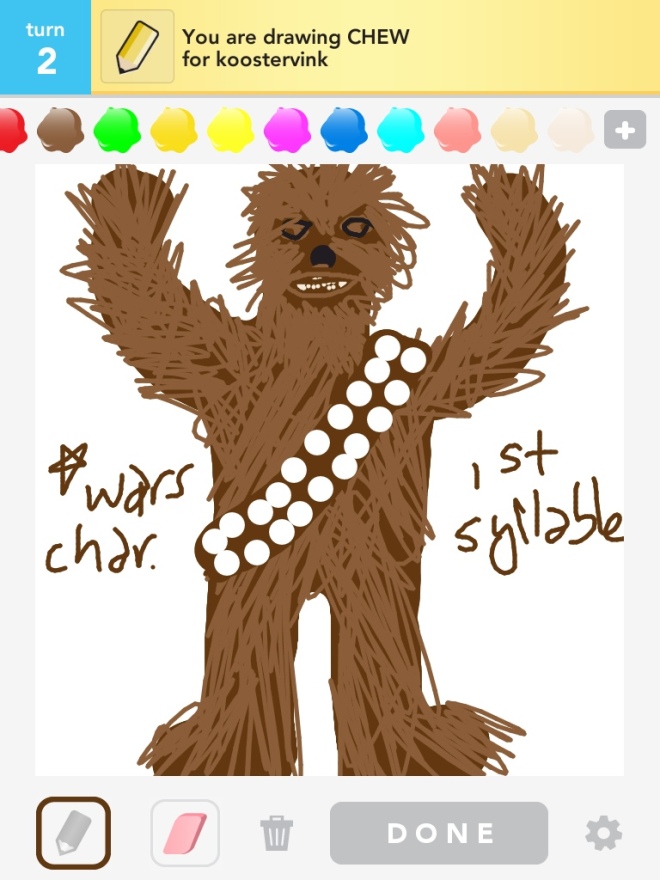 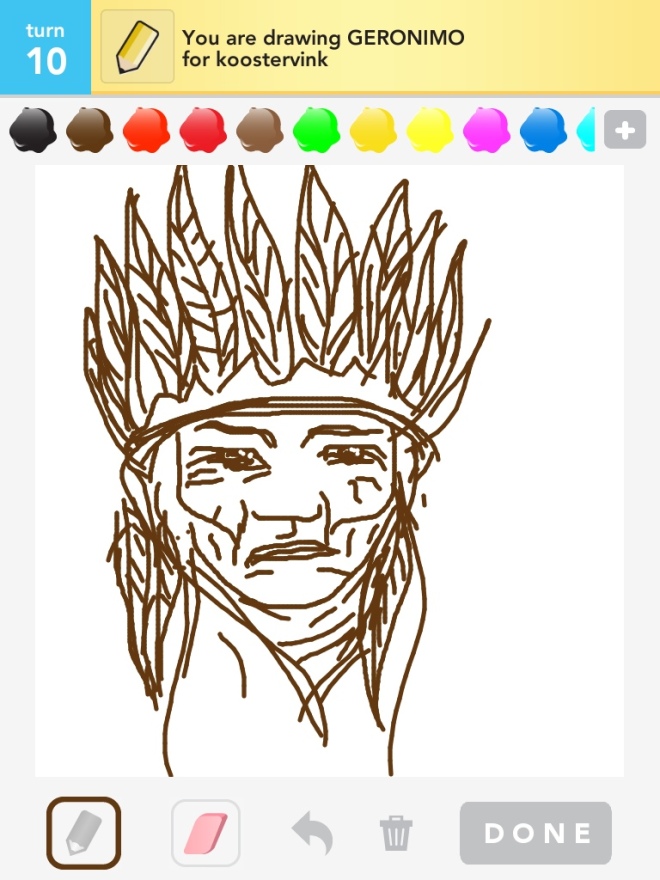 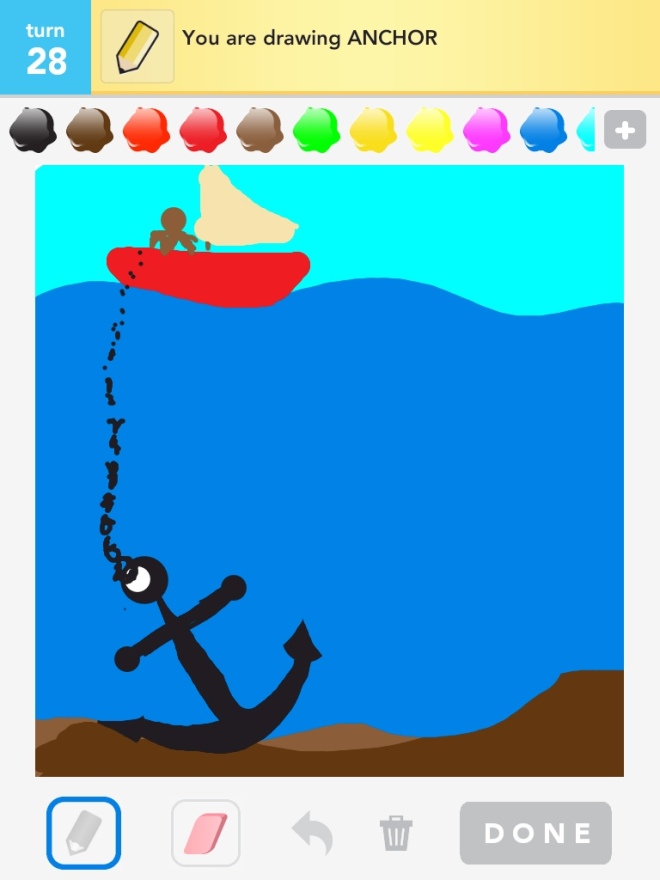 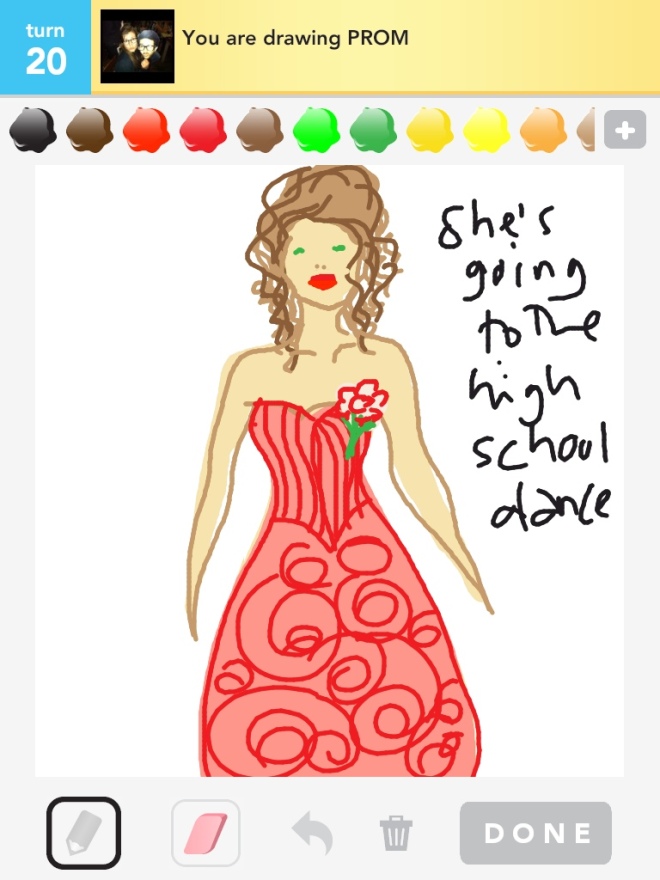 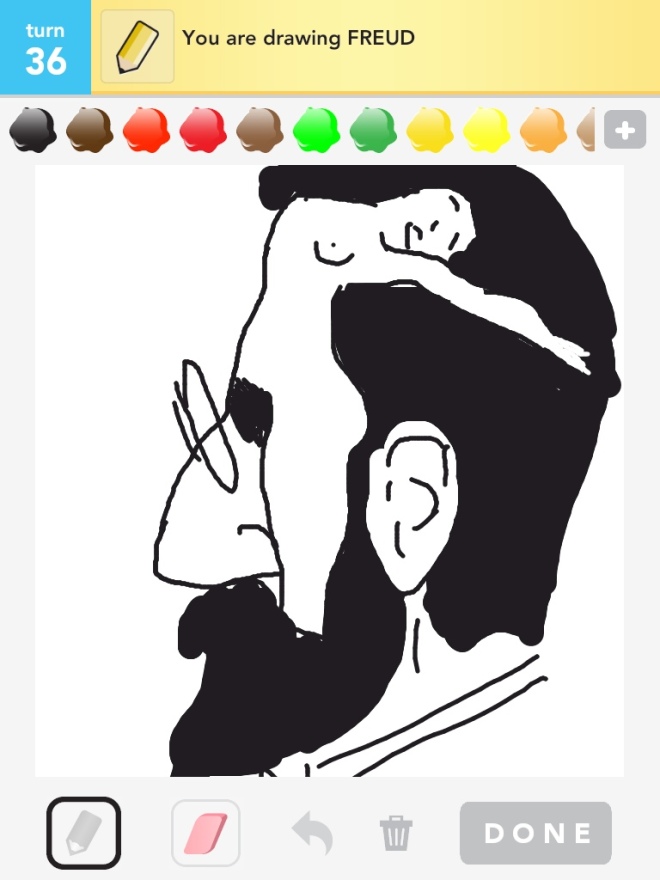 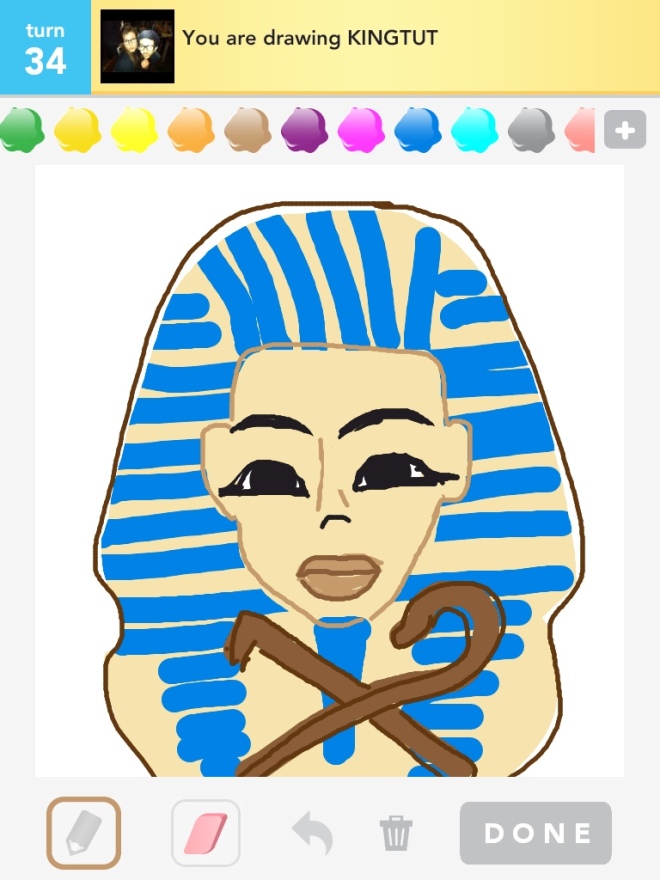 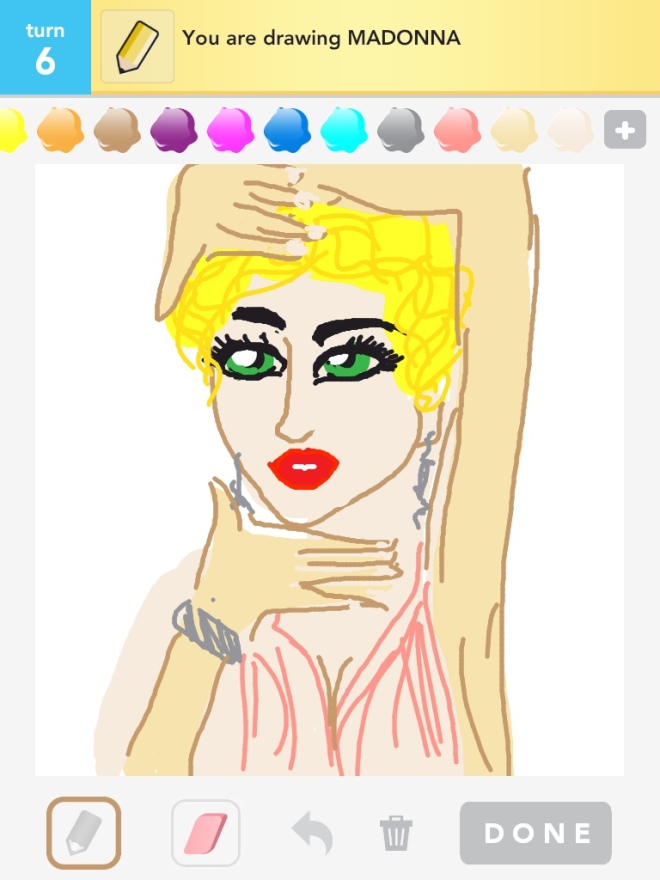 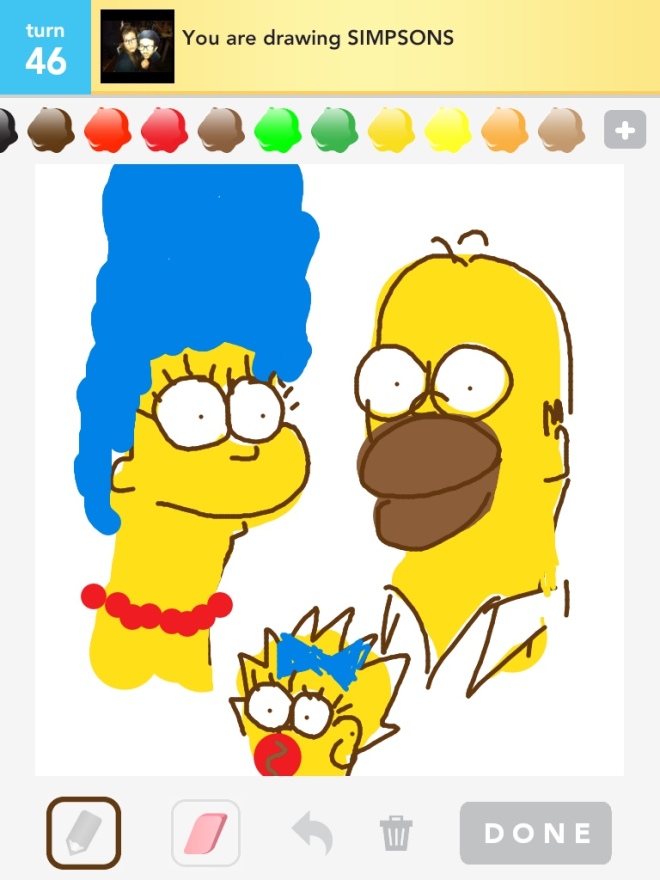 4 thoughts on “Draw something”