ever since the horror stories about dead babies and patients emerged at the beginning of the public service strike here in johannesburg, i knew that i needed to do more than just play a doctor on tv, i needed  to go and volunteer.

earlier last week i started googling for info as to how to go about doing just that. imagine my disbelief that i couldn’t find the info anywhere. anywhere but twitter of course. i posted a question and in short order got the info i required. after listening to myself still coughing and wheezing, i decided that it might not be such a great idea for either myself or the patients that i go near a hospital,  so it was saturday afternoon before i finally headed over to helen josephs.

the bf and i picked up fellow actor, dawid minnaar and we headed over to the hospital, only to find the main entrance blocked off. after circling the area for a while, we finally found another entrance. the whole experience was really surreal and bizarre. one patient on crutches sat sunning himself on a bench outside. a few people were catching a nap on the lawn. at the help desk in the largely deserted hospital, we seemed to be more an annoyance than anything else. finally someone took us over to theatre where we stood around for probably full 20 minutes before someone brought us gowns, caps and booties and ushered us down the long empty corridors which prompted the bf to say that he could shoot an entire horror movie there. 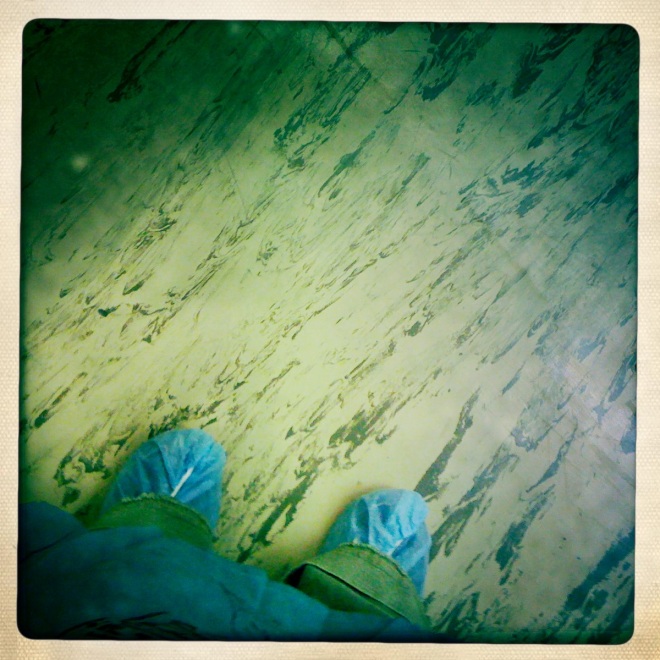 the mystery machine which must have prompted the horror movie comment. 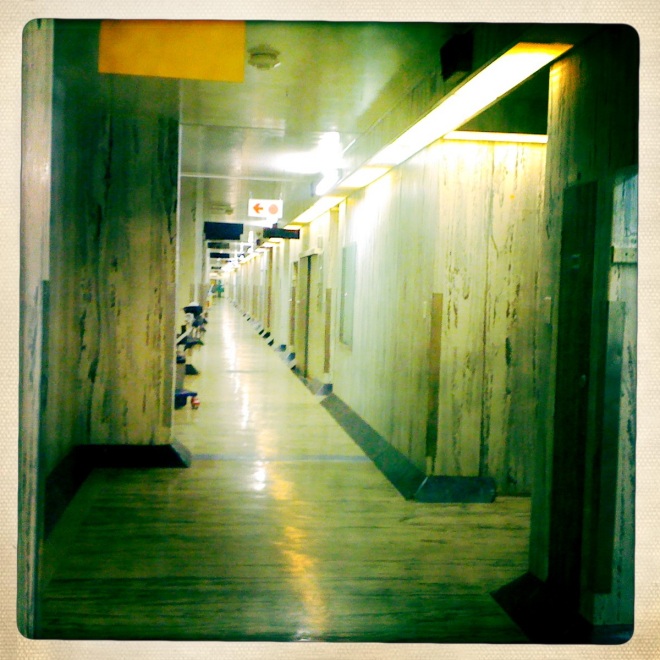 the someone turned out to be caroline, an almost certifiable character who spoke in a curious, hard to understand mix of english and afrikaans when she wasn’t telling us to “shisa!”, treated us like imbeciles and while talking about mastectomies, promptly walked over and squeezed my boob in illustration. at one point when we, without any explanation accompanied her back down the long passage, past the desk, she met up with a young man who was sitting waiting with a toddler. she reached for a hospital gown which i thought she was going to put on, nonchalantly slung the baby on her back and to our amazement, promptly used the gown to tie the baby on. 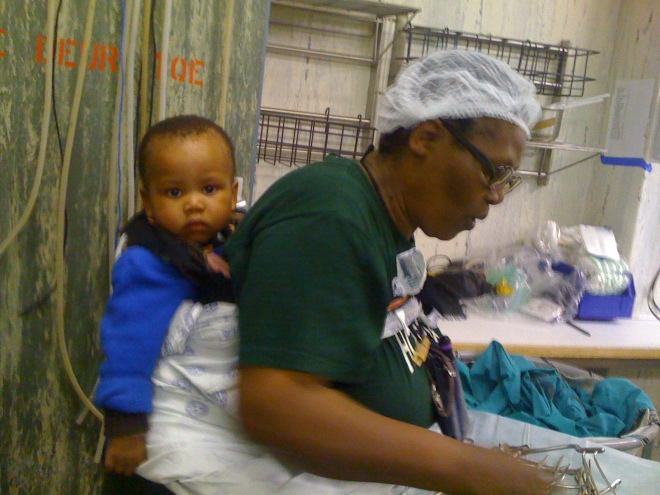 she didn’t have child-care, so this was the alternative. !!!

turned out that we were taking a long trek to the other side of the hospital where only 1 0ut of 3 of the autoclaves were working so that we could sterilize the surgery packs. this woman was such a bundle of contradictions – she’s been working there for 23 years, can pack complicated surgery trays from memory, yet she also has the foulest mouth, calling the matron a “fokken meid”, and a “boesman” – it sounded terrible, but they didn’t seem to have an issue with each other.

when we made the long trek back, she put us to work. my work station was at the sinks washing and cleaning surgical instruments, some of which still had bloody bits attached. 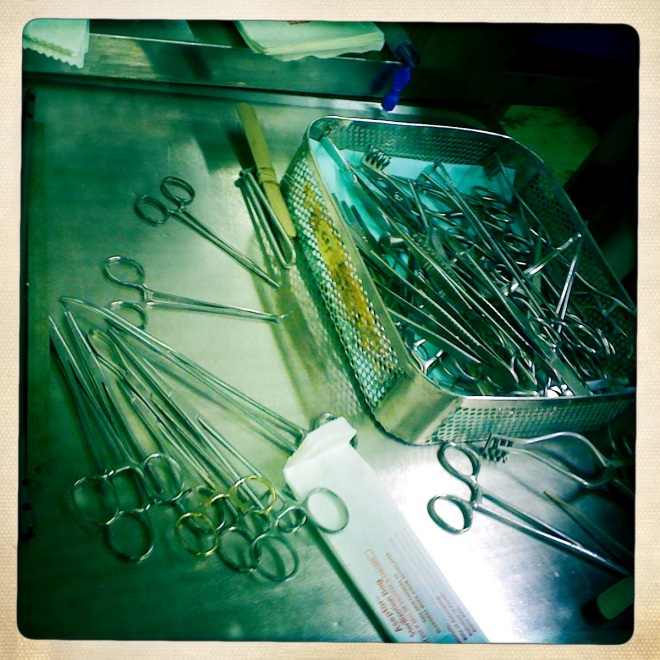 after these were washed and dried, we then proceeded to pack and label them, ready for the trip to the autoclave.

we stayed for the afternoon till everything was cleaned and packed and by which time caroline seemed to have realized that i did have 2 brain cells and all but offered me a job packing trays with her!!!!! i’m glad i had the experience, but i’ve sinced discovered that the real help is needed not at the state hospitals, but at the private ones which have taken in all those patients. apparently the staff there are dead on their feet. so next time, i think i’ll head over to milpark or garden city clinic instead. hopefully the strike will be over soon, but if not, maybe you too, can lend a hand. 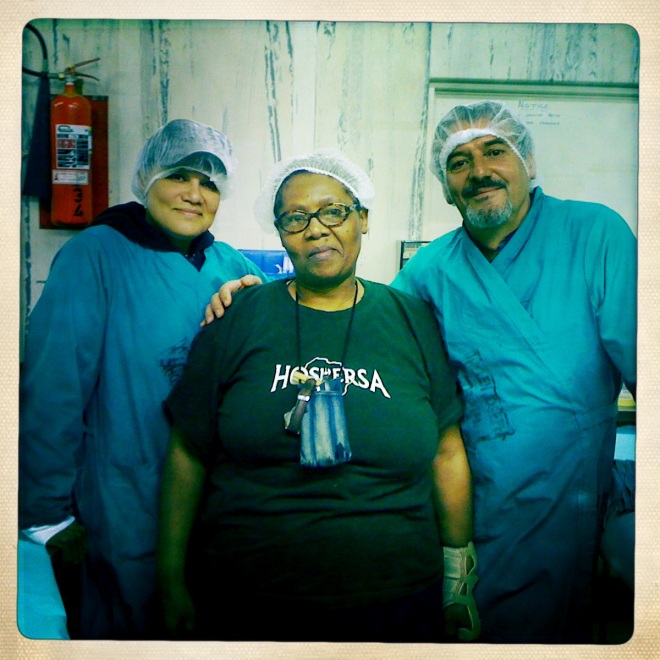 i think we "might" have won caroline over by the time we were done!

5 thoughts on “i’m not a doctor, but i can volunteer.”