so last week i blogged about the schlep of having to drive to pretoria in rush hour traffic for a charity event. blah, blah. bitch, bitch, moan.
and yes, it was a pain to sit in traffic for 2 hours and squeak in at the last moment to sit and  listen to talking heads for more than 2 hours and endure an auction of various items meant to raise funds for the charity.  i usually like my charitable acts to be of  a more active nature – and no, get your minds out of the smut, that’s not what i mean!
some of my favorite  “charitable” events included doing the emerald casino boat race on the vaal last year, going out and handing out blankets and soup to the downtown homeless last winter, taking a moment to connect with someone who usually isn’t seen or acknowledged by society, or raising money by taking part in the pioneer rally last month with an awesome blind navigator. at least i feel like i’m doing something, not just sitting there like some taxidermied  version of myself,  with people who’ve paid for the event and are probably wondering why they couldn’t get steve hofmeyer at their table instead. 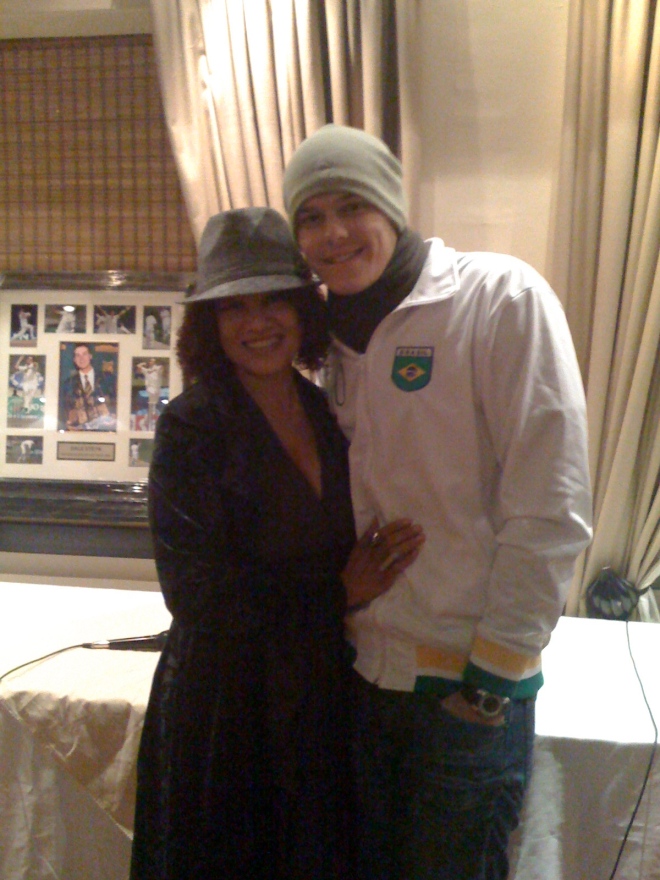 anyway, this picture is really the point of this blog. that’s erno. he’s 17, well over 6 ft, strikingly handsome, in short, gorgeous!

and he has hodgkins lymphoma.

one night a month ago, he was still playing on the school’s rugby team, the next morning he woke up with welts on his neck which turned out to be cancer. fortunately his prognosis is good and with treatment, he can look forward to a cure. he sat at my table with his dad and equally gorgeous mom who looked more like his sister. the event was a fundraiser for reach for a dream and his dream was to get a laptop which he was well-behaved enough not to rip open and inspect the moment he received it.  of course, everyone else at the table had no such qualms and promptly encouraged him to do just that.

i guess what i’m saying is that i get it. due to my job, i get to make a small difference. and it doesn’t always mean that i jump off a cliff, or scrub toilets. sometimes just making the trek through traffic and showing up is also ok. because of erno and people like him. that’s why.

mr milton said it best: “they also serve, who only stand and wait.”

4 thoughts on “they also serve”